I’m going to name the top 5 book that I’m most excited about it’s releasing this month. Some of these books I’ve mentioned in my Most Anticipated Book Releases of 2016 ! 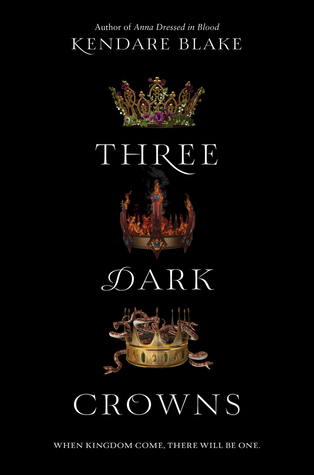 This book will be released on September 20, 2016 by HarperTeen. In every generation on Fennbirn, a set of triplets are born. Three queens are born and they’re all equal heirs to the crown, so the sisters have to fight for it. There’s Mirabella who’s the fierce element who is able to spark hungry flames or vicious storms at the snap of her fingers. Katharine who’s a prisoner who can disgest deadly poisons without as much as getting a stomachache. Arsinoe who’s a naturalist who is said to have the ability to bloom the reddest rose and control lions.

This book will be released on September 20, 2016 by Bloomsbury USA Childrens. This book follows 17 years old Snow who spent the majority of her life in a mental hospital in upstate New York. She knows she’s not crazy and doesn’t belong there. She realizes she must escape and figure out who she really is. She does with her trusting friend Bale. This story shows how Snow becomes a villain, a queen, and a hero.

3.) The Female of the Species by: Mindy McGinnis

This book will be released on September 20, 2016 by Katherine Tegen Books. This book follows Alex Craft who knows how to kill someone and doesn’t feel bad about it. When her older sister, Anna was murdered 3 year ago, the walked free and Alex uncaged the language of violence which she knows best. In school, she’s unseen but Jack Fisher who’s the star athlete sees her and wants to get to know her. Also, Peekay who’s the preacher’s daughter forms a friendship with Alex. Somehow Alex, Jack, and Peekay come together as their senior year unfolds.

This book will be released on September 6, 2016 by Algonquin Books. Maribeth Klein is a working mother who’s always busy taking care of her husband and her twins, she didn’t even realize she had a heart attack. One day, she packs her bag and leaves. At one point, she’s able to own up to secrets she’s been keeping from those she loves and from herself. I’m just excited to see that Gayle Forman wrote another book and that it’s probably going to make me cry at one point. 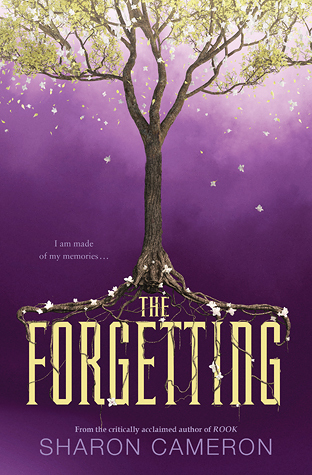 5.) The Forgetting by: Sharon Cameron

This book will be published on September 13, 2016 by Scholastic Press. Nadia lives in the city of Canaan where life is safe and structure. But every 12 years, the city descends into the bloody chaos of the Forgetting where the person’s memory are lost. Nadia is the only person in Canaan who has never forgotten because she writes down her memories. She begins using her memories to solve the mystery of Canaan.

2 thoughts on “Most Anticipated Book Releases of September 2016 !”